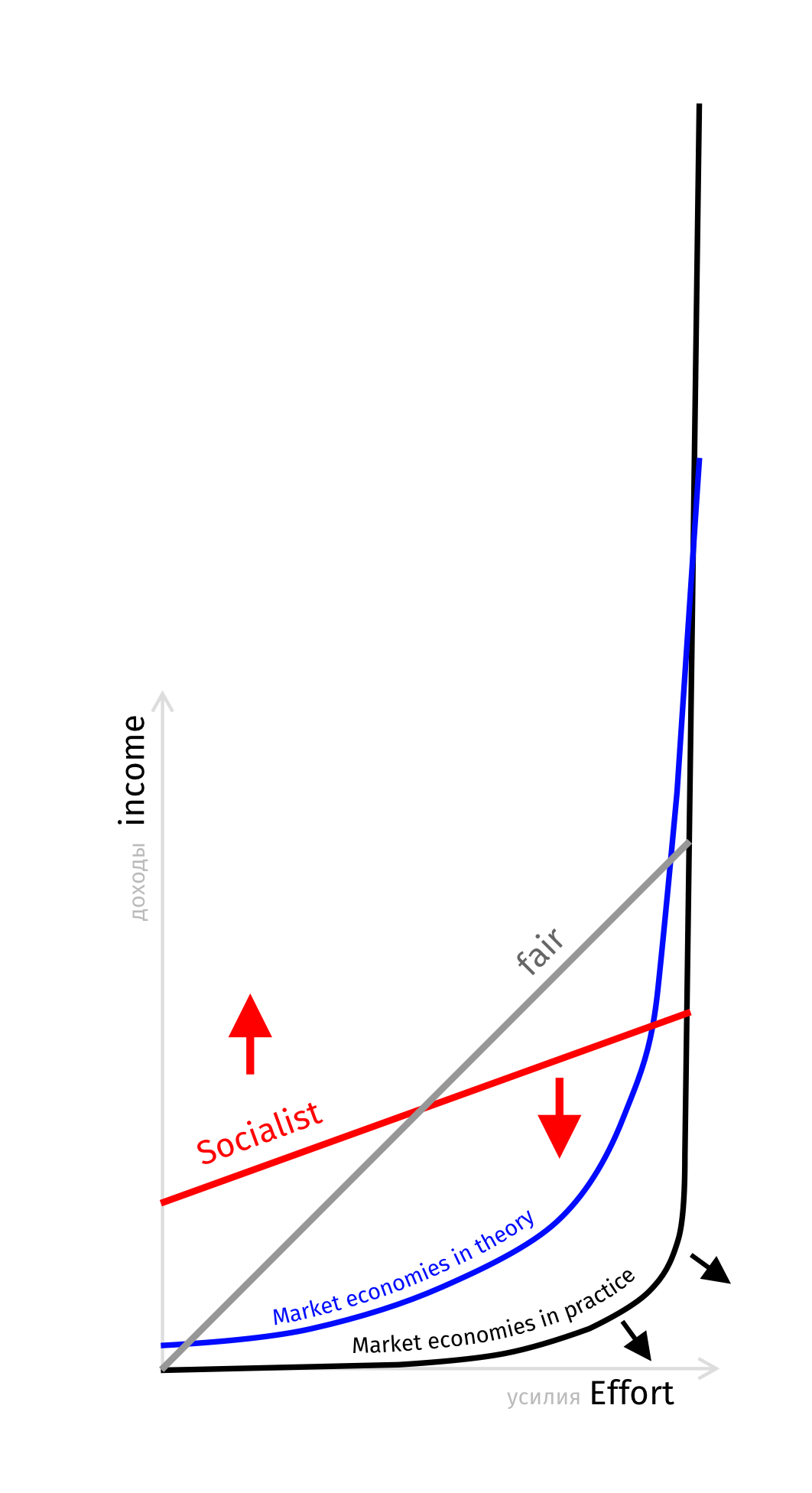 In countries where people use democratic or at least semi-democratic means to determine political and economic changes, there are two main sides: one side usually leans more toward helping "everyone," while others let markets regulate most things. The main idea of the libertarians and most other western economists is that the government sucks at almost everything, and too much regulation stiffens the economy. In other words, most things should be left to free-market forces. So if that is done right, the amount of earned money will correlate to effort put into the system. It's a good idea, with fairness in mind, but naturally, it works very differently. Even when all the laws are fair rich and powerful will tend to earn more and more, the poor will make less and less. To such degree that the "fair" 45º slope will turn to a drastic "L" shape, with super-super rich will be making all the money, and the rest 99.99% will be barely surviving. On top of that, it's never all very fair; the system gets corrupt, exaggerating the benefits of the wealthiest and most powerful elite, thus running to "L" shape distribution even faster. That was pretty much the standard from the dawn of civilization till the relatively recent revolutions. Basically, it leads to bloody revolts. So some social safety net was put in place. It's natural for people to help the struggling ones, and some welfare gives good economic results. Then came communists and socialists. Their idea of the distribution is very different. Everyone should get enough, so taking money from the very rich and giving it to the very poor is considered reasonable and practical. But that horrible removed the incentives to work hard. As a result, pretty much all socialist countries did not do well economically. Modern West is afraid of Socialism, yet influenced by it dramatically. And with the often two-party political system, we see the struggle as following. One side tries to help the poor a lot, the other side tries to oppose it.